Assemblymember Amy Paulin has served the 88th New York State Assembly District (Scarsdale, Eastchester, Tuckahoe, Bronxville, Pelham, Pelham Manor, and parts of New Rochelle and White Plains) since 2001. She chairs the Assembly Committee on Corporations, Authorities and Commissions, and serves on the Committees on Rules, Education, and Health. She has been a long-time advocate of the optometric profession and sponsor of legislation that will expand the scope of care to allow optometrists to prescribe oral medications to patients.

A full-time legislator, Assemblymember Paulin annually ranks among the state’s most productive and successful lawmakers. Her diverse legislative agenda includes state government reform, children and families, domestic violence, sex trafficking, education, health care, animal welfare, and preventing gun violence. She served as the Chair of the Assembly Committee on Energy from 2013-2017, working to encourage renewable energy and ensure our electricity grid is reliable.

Assemblywoman Paulin has had more than 200 of her bills been signed into law to date.

In 2017, she was inducted into the Westchester Women’s Hall of Fame by the Women’s Research and Education Fund. She has been honored by the Federated Conservations of Westchester County, NYS Camp Directors Association and named NYS Legislator of the Year by the American Institute of Architects (AIA). Among other citations and recognitions, her honors and awards have included being named New York State Legislator of the Year by the National Organization of Women of New York State, the Spirit of Independence Award from Westchester Disabled on the Move, an Ally Award from New York State Coalition Against Sexual Assault (NYSCASA), Vision of the Community from the Scarsdale Teen Center, the Metropolitan Library Council (METRO) award for outstanding and dedicated service in support of libraries, and being named a Leader in the Fight against Domestic Violence by the New York State Coalition Against Domestic Violence (NYSCADV).

Assemblymember Paulin was born and raised in Brooklyn, New York. She is a graduate of the State University of New York at Albany, holds a Master’s degree, and has completed doctoral course work in Criminal Justice from SUNY-Albany. For over thirty years she and her husband, Ira Schuman, have lived in Scarsdale, where they raised their children Beth, Sarah, and Joey. 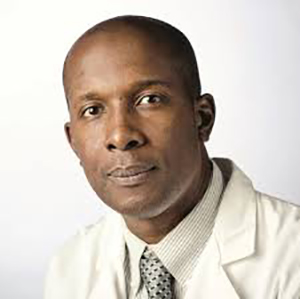 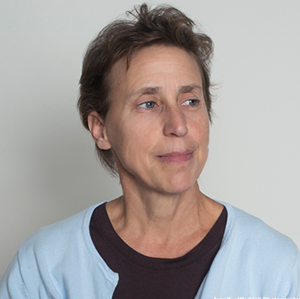 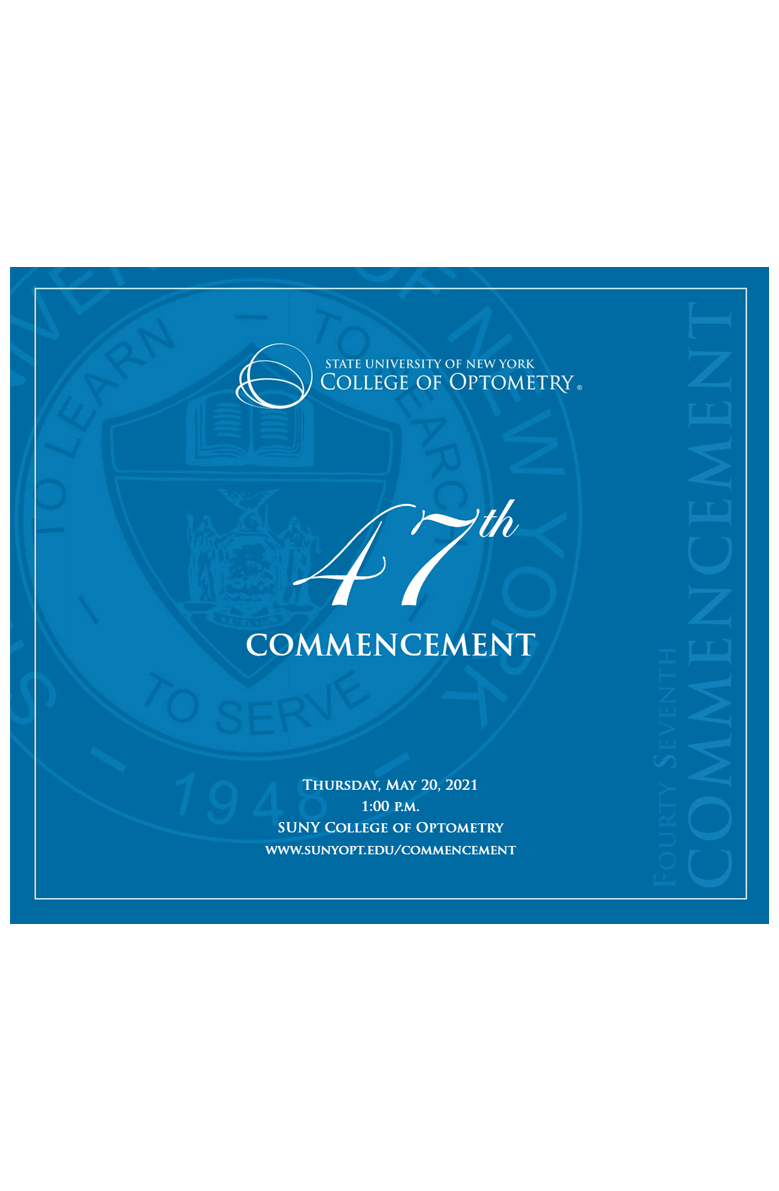 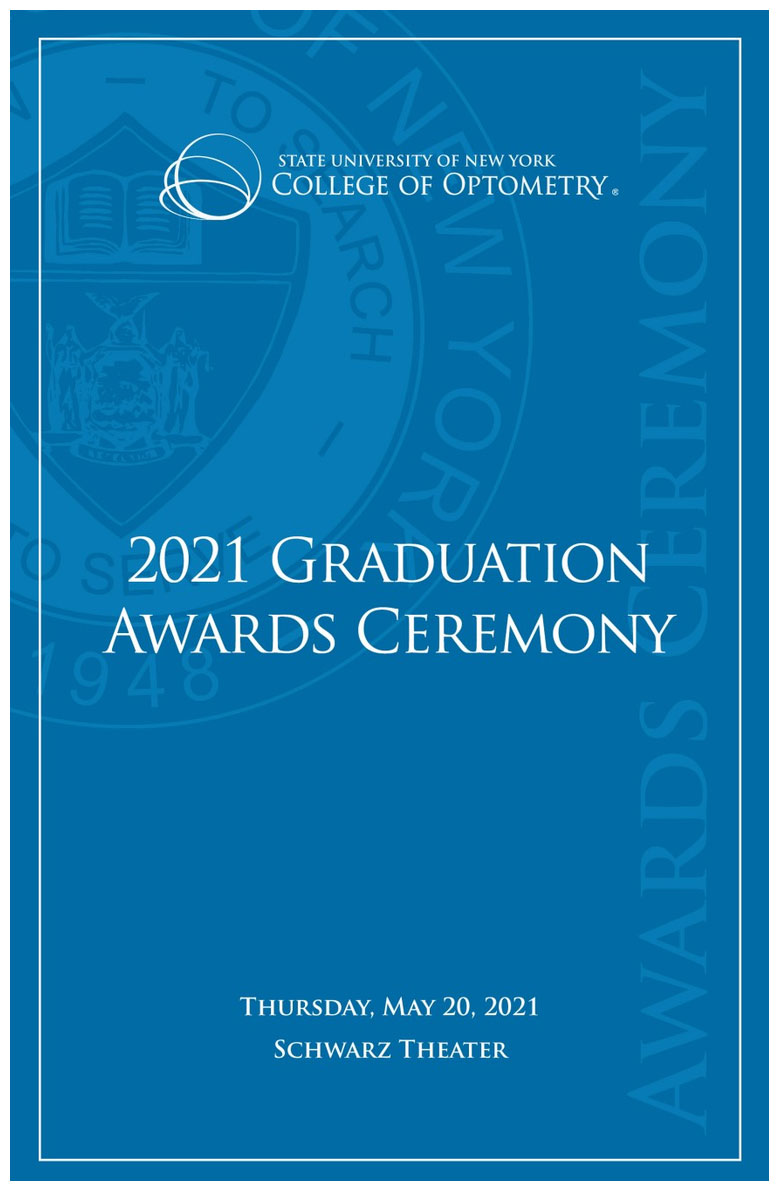 Candidates For The Degree, Doctor of Philosophy in Vision Science

Candidates For The Degree, Master of Science in Vision Science

Candidates For The Degree, Doctor of Optometry

Damon Tweedy, MD is an associate professor of psychiatry and behavioral sciences at Duke University and a staff psychiatrist at the Durham VA in North Carolina. He is the author of Black Man in a White Coat: A Doctor’s Reflections on Race and Medicine, a critically acclaimed memoir released in 2015 that examines the complex ways both Black doctors and patients must navigate the difficult and often contradictory terrain of race and medicine. He has published articles in the New York Times, Washington Post, Chicago Tribute, and Raleigh News & Observer as well as various medical journals. Dr. Tweedy is a sought-after speaker on the topics of racial disparities in healthcare and the impact of race on the medical profession having appeared on major television networks and at colleges around the country.  He is the 2017 recipient of the Solomon Carter Fuller Award presented by the American Psychiatric Association (APA) and the 2019 Leonard Palumbo, Jr., MD Faculty Achievement Award at Duke University. A graduate of Duke University Medical School, Dr. Tweedy went on to attend Yale Law School before returning to Duke University to complete his medical and psychiatric training.

Constance (Connie) Cepko, PhD is co-director of the Leder Human Biology and Translational Medicine Program at Harvard University and former head of Harvard Medical School's PhD Program in Biological and Biomedical Sciences, where she also serves as Bullard Professor of Genetics and Professor of Ophthalmology. Her ground-breaking research has advanced understanding of the development of the central nervous system (CNS), including paving the way toward the diagnosis and treatment of retinal diseases such as macular degeneration and retinitis pigmentosa.  A Howard Hughes Investigator and author of over 230 peer-reviewed publications, Dr. Cepko has earned distinguished honors for her work ranging from induction to the American Academy of Arts and Sciences in 1999 to receiving a Leading Women Award in 2003, presented by the Patriots’ Trail Girl Scout Council in Boston. Dr. Cepko was also one of 17 women elected to the National Academy of Sciences in 2002. A graduate of the University of Maryland, she trained in virology at Massachusetts Institute of Technology (MIT) where she earned her PhD and later at the MIT Whitehead Institute.